So....Trump had Sergei Lavrov in the Oval Office, and once again barred American press from covering it.

We'll have to wait till Tacc does a piece about it to find out how the meeting went.

Okay, stop and put your head between your knees till the irony goes away. When your ears stop ringing, you're safe to straighten up.

Oh, gee whiz, if only somebody had warned us about what a traitorous scumbag Trump was. Gee whillikers, how unfortunate that nobody with testicles and the credibility that comes with bragging about sexual assault (or writing how 13-year-old girls are ready for sex and babies) had warned us!

Meanwhile, for weeks now the asshole whose daughterwife works in the White House scooping up business deals with the Chinese is trying to claim that the son of his supposed political rival was corruption personified. That explains why he strongarmed the young President of a country (that is currently under attack by his murderous idol Vladimir Putin) into slandering that political rival's son. No slander, no weapons and aid with which to defend his invaded country against Putin, who invaded in 2014. Tens of thousands of Ukrainians have died. No, excuse me. Those people have been killed by Russian soldiers or "Ukrainian separatists." Putin wants to be czar.

Yesterday, Mike Fuckabee tweeted this. This is my screenshot. 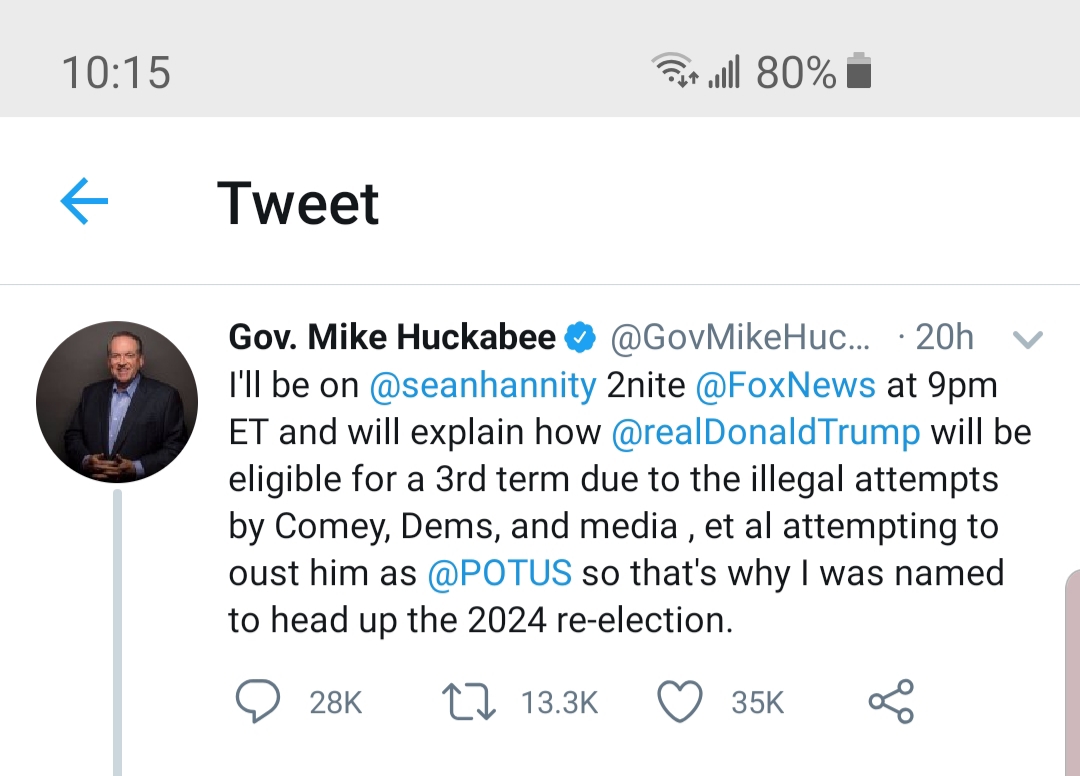 Do you get it now?
Collapse