Dear LJ: WHY do you fucking keep asking me if I want to "restore from saved draft" after I've already said no? Yeah, that. Three times. You remind me of some guys I've dated, who either really believe that "women say no but mean yes" bullshit or who don't respect the word "no" coming from a woman. Either way, if I say "no", and you make it say it again, your ass is in sincere danger of getting kicked six ways to Sunday.


Christ, I hate the fuckin' flu. STILL have a cough and a sore throat, but it's now spring, and I feel like the flu is the disease equivalent of Donald Trump. Nausea, sore throat, ear ache, light headedness, profound pain in the ass. How do you measure the flu? I managed to stagger out with the recycling several years ago, but recycling is every two weeks, and I think I missed recycling day. Gotta recycle, man, I like doing that. Yeah, I'm a cheap date.

Everything is flowering. It's not fair.

Plus, when I open the porch and kitchen windows, the scent of lilacs sweeps through the house. There's lilies-of-the-valley everywhere. My favorite thing is putting lilacs and lilies-of-the-valley together in a bouquet. If I could make a drug that felt like that smelled, I'd be a zillionaire.


I'm half-listening to the TV right now and it's very disconcerting to hear President Snow from The Hunger Games extol orange juice. Is it poisoned or something? It's just bizarre, he uses the same avuncular tone of voice.

People talk about gaslighting, but do you know what is? In it's simplest form, it's this.

Person A says something. You hear it; they know you heard it.

Person A denies it. Sometimes they attack you. They know what they said. It's deliberate and calculating. 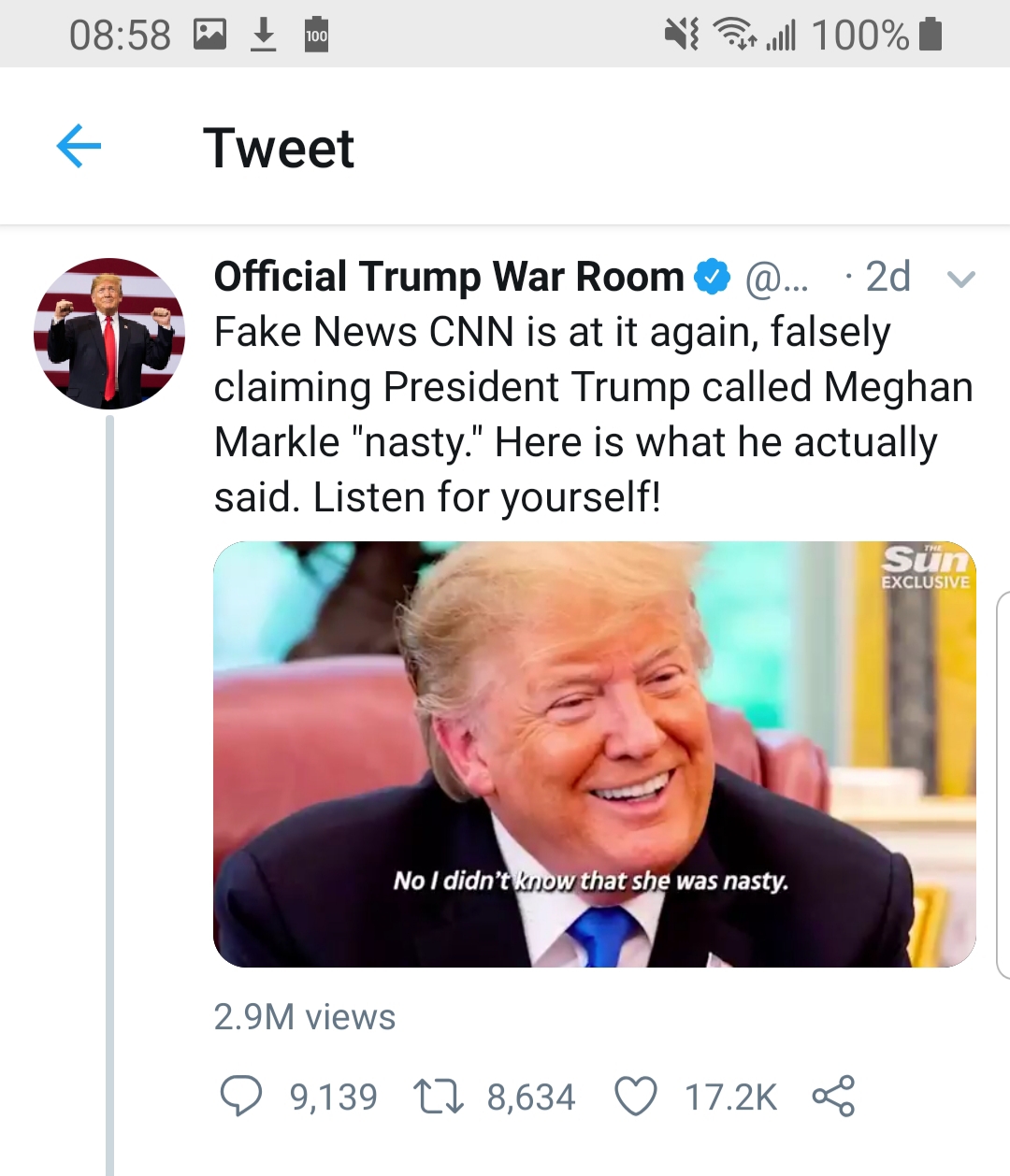 This is a screen shit I did myself ten seconds ago. That audio was posted by the very account that denies Trump said it. Watch the excuses fly!

And then watch the stenographers try and normalize it by saying crap like that, "But there's a dispute....a mistake....misinterpretion....what-the-fuck-ever."

IT'S LYING. The end.

Don't forget, don't back down. They're trying to redraw YOUR boundaries. Don't let them.

The Brits are flying giant Trump baby balloons.That's what gets under his skin.
Collapse