Well, Fred has cancer. It could be a week, it could be....who knows. I'm giving him what amounts to kitty morphone for the diarhea pain. He had to get the cone of shame again. I just.....He's six. The bills are....huge. letting them go at twice that age is hard enough, but this? I just want some time to cuddle him and spoil him, but there will be no chemotherapy. That would terrify him, make him feel awful, require him to go to The Sharp Place every week, and for what? Pure selfishness on my part to take that route.

No. He gets chicken and tuna and snuggles and naps in the sun. When the time comes, it will be at home. 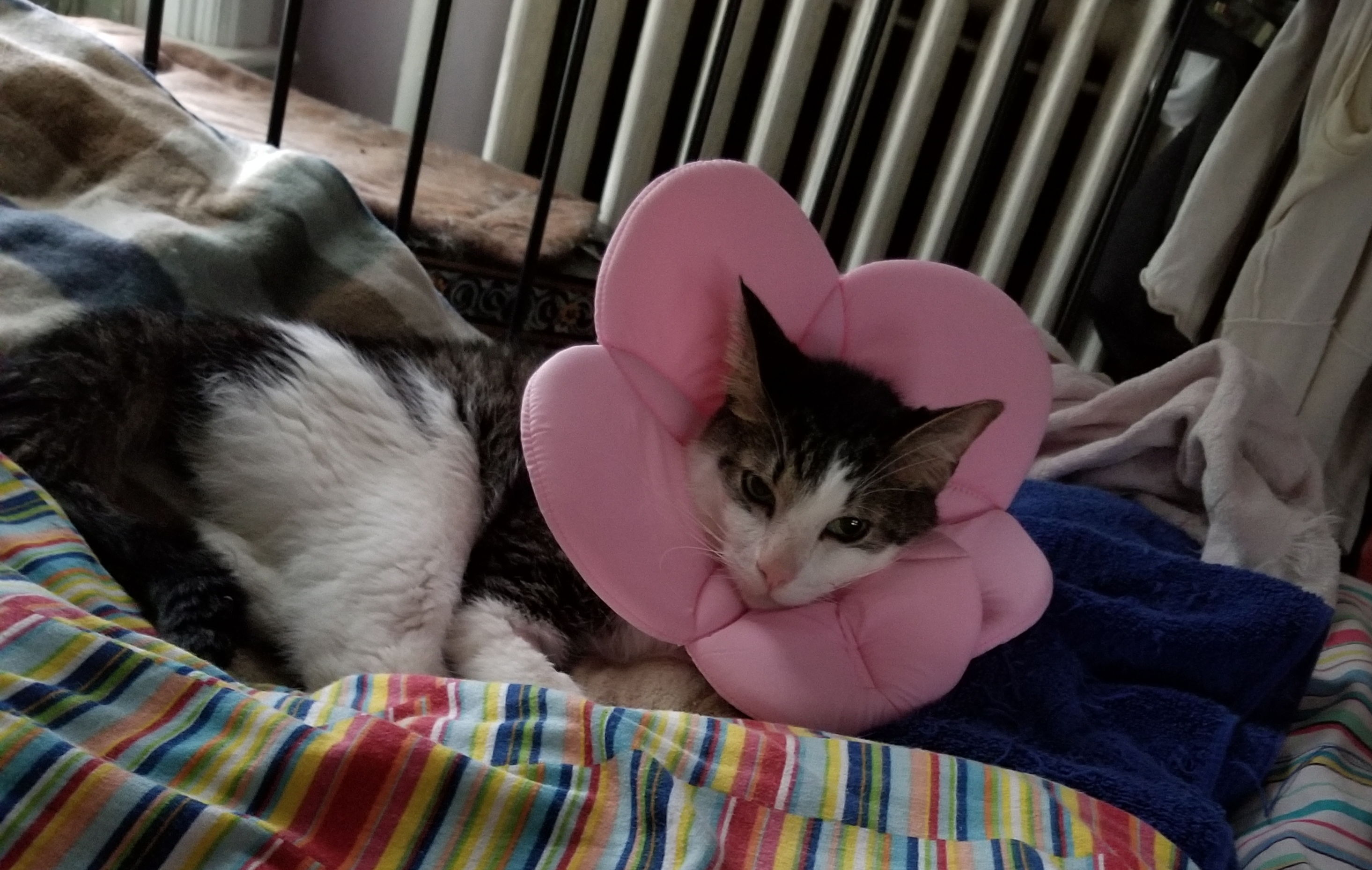